Even if you ask people who are closely related to the video gaming segment, which is the largest gaming company in the world, they would probably name Activision Blizzard - the publisher of series such as Call of Duty, Warcraft and StarCraft, or Riot Game – the creator of the most popular digital sports game - League of Legends. Or maybe the French studio Ubisoft with its super successful series Assassin’s Creed. And they would be wrong. In fact, the leader in this sector is quite another. However, the company holds shares in the three businesses listed above.

Even though it is not as famous as Google, Facebook, or Amazon, the Chinese conglomerate created by the billionaire Ma Huateng (also known as Pony Ma), for the past few years has been in no way inferior with regard to influence in the IT sector and the speed at which it grows, while entering new industries and acquiring their significant names. A few months ago, it bought 5% of the French studio Ubisoft, preventing ”hostile buyouts” by another entertainment giant - Vivendi. From the point of view of some troubled European and American companies, Tencent can offer not only fresh capital but also access of their products to the billion Chinese market - an opportunity that nowadays few can afford to miss.

The entering of Tencent into the Western gaming sector is particularly indicative of the speed at which the Chinese giant conquers new IT segments and acquires American and European companies that are already established. And it is not only video games. The company also has investments in the Snapchat platform, the Swedish music application Spotify, and even in Tesla of Elon Musk, 5% of which was bought by Tencent for USD 1.78 billion in the spring of last year. In addition, it also owns popular own services, including WeChat and TenPay.

When it comes to Chinese technological giants, many people first think of another megacorporation - Alibaba, still, Tencent is in no way inferior with regard to scale and ambition. In fact, the two companies are in a constant battle for the rapidly growing Chinese market and lately, even for foreign markets. Both of them have market capitalisation of about half a trillion dollars and develop services in some of the most promising IT sub-segments, such as chat applications and fintech, and their investments include also futuristic areas such as ”smart” cars and artificial intelligence. However, while Alibaba has started from the e-commerce and has much stronger positions there, Tencent compensates with a much more active presence in chat messengers, video games and the sale of virtual goods.

reputation in the Western world thanks to its successful listing on Wall Street a few years ago, which turned it into an undisputed authority in the IT sector. As we have already mentioned in Economy Magazine, apart from the site of the same name, the group also includes the Alipay payment system, the Taobao auction, Alibaba Cloud Computing, the popular AliExpress.com site, Tmall and eTao. The conglomerate is controlled by its founder, Jack Ma, who, according to many, is the new ”rock star” of the IT sector, but the Japanese SoftBank, Yahoo and others also have significant shares in it.

Tencent itself has dozens of subdivisions and investments in fields from e-commerce and real estate, through virtual reality, banking and financial services, social networks, film production, smartphone sales, to ticket distribution, e-books and on-line education. The company is not traded on the New York Stock Exchange, but on the one in Hong Kong. Its largest investor is the South African group - Naspers, with 31.1%, followed by its founder Pony Ma with 8.61%. Naspers is another large international investor in technology companies with interest mostly in emerging markets, and its assets include shares in the Russian mail service Mail.ru, the OLX advertisement platform, as well as the services ibibo, Multiply, PayU и Avito.ru.

The rise of Alibaba and Tencent began in the late 1990s and although they had different starting points, over the years both have developed so dynamically that the clash between them on the Chinese market is inevitable. And the similarities in their activity are not limited to the same family names of their founders (for information, Jack Ma and Ma Huateng do not have any family relation). Some of the segments in which they compete include retail, payment services, chat messengers, and now artificial intelligence, virtual reality, etc.

The common thing between the two companies is also the unique position of the Chinese market, which has traditionally been particularly difficult for US IT giants, both because of the political and regulatory peculiarities and because of the population’s inclination towards local services. Bearing in mind that this is still the world's largest and fastest growing Internet market, we can soon expect the clash between the two entrepreneurs with the family name Ma to reach global level, the bet being more or less the leading position in the IT segment across the globe. 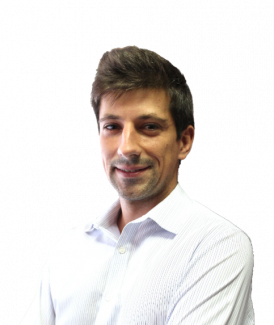