There is an optimistic and a pessimistic theory of failure. According to the first one, it is a path to success, and according to the second – it is a social verdict. “At school, if you ask a question, which according to the teacher is a ‘stupid’ one, this is a mistake. There is a difference between a child who has come to a wrong answer to a question by giving their best, and a student who doesn’t know anything. The former has to be encouraged to try again, and the latter has to be sanctioned for being negligent,” says Dobromir Ivanov, Executive Director of the Bulgarian Startup Association – BESCO.

We discuss with him, with Hristo Petrov, owner of Golden Vision Accounting Firm and with the IT entrepreneur Hristo Neychev whether in Bulgaria it is difficult to fail smartly or to have a second chance. They are not afraid to share how and why they have failed and what they have learned out of this experience.

Dobromir started his IT project when he was 24, and at 28, he liquidated it without owing any money. The business developed quickly but failed because it turned out that it was not properly positioned within the market.

Hristo Neychev tells about the fast success and the closing down of his fourth startup – Tryad Games. Six months after the game was released on the market, the company enjoyed enough loyal clients, but each new client actually cost more than the price they were paying for the game. Since the partners failed to increase the monetization and apply marketing strategies at a lower cost, they decided to close the company. “I prefer to close a business quickly and efficiently without going bankrupt. I warn the personnel 1-2 months in advance, I help them find a job, I pay everybody, I communicate with the clients and I quickly cease the activities – without unpaid obligations, without drama,” he explains.

Hristo Petrov is the Manager of an accounting firm, but he has learned how to manage his own company finances the hard way. When he opened his office 11 years ago, he started his business from scratch, worked at low prices and gained a lot of clients through expensive advertising. He decided that the company should expand, that it had to move to a high-end representative office, but they had disagreements and at the end, it turned out that he was barely covering the basic costs. This led to a personal and professional crisis, which he solved by changing his approach towards clients. “It was difficult for me to accept that I had failed financially. Failures kill your self-esteem, and self-esteem is important for a person who wants to attract new clients,” he says and adds that he is still recovering from a series of wrong decisions.

The three of my interlocutors have changed a lot in their way of thinking and acting after the ordeal. Hristo Neychev consults and teaches corporate innovation and business practices after he sold his last company – RGB Notes to Amazon. Hristo Petrov has changed his business model and has focused on expertise in new areas and development of a business network.

Dobromir is a co-founder of the Bulgarian Startup Association and, together with his colleagues, is fighting for a new legislation on bankruptcy of enterprises and natural persons to be introduced in Bulgaria. The Natural Persons Bankruptcy Act (known as the Personal Bankruptcy Act) is already under discussion in parliamentary committees, and the National Assembly has to adopt it within 6 months. Bulgaria is the only country in the EU without any debt protection.

One of the main arguments against the idea of giving more chances for business failures is the fear of misuse and fraud. If there is a register of risk entrepreneurs, this would protect their partners as well. Hristo Petrov suggests that there should be an option for quick court proceedings against incorrect debtors. “If you owe money to the National Revenue Agency, in just a few days, they could block your accounts. This is not applied in inter-company relations.”

Dobromir adds that it is very important to make a difference between failure that is due to negligence and dishonesty and failure that is due to lack of experience, for example. “The key to an economy based on knowledge and innovation is the opportunity to test something very quickly and to fail. Without this, such an economy is impossible. We see the results in Bulgaria – the economy is largely closed when it comes to domestic consumption of services.”

According to a report by the Registry Agency, the companies declared bankrupt in the first 9 months of this year are 360, and the newly initiated procedures for closing of companies are 357. In 2018, the number of corporate bankruptcies was 360, contrary to the positive forecasts for our economy. A survey of Coface also showed that with an increase of 15.8% in the number of the company bankruptcies for the last year, Bulgaria takes the third place in Europe after Croatia and Poland.

“In Bulgaria, less than 5% of the population is potentially considering to develop their own business. We are the country in the EU where failure is punished the most severely. According to the legislation, if you do business and go bankrupt, for 2 years you cannot establish a new company and be a manager. If there are dissatisfied creditors, this ban becomes permanent. There is no differentiation between a BGN 200 million factory that went bankrupt and two students who took a loan of BGN 10,000 for their business and didn’t manage to return it,” Dobromir explains.

Most often, startups, especially in the IT sector and those with innovative practices, use their own assets and personal resources to start their business. Banks find it difficult to evaluate their license or software monetarily, and they withdraw loans as natural persons. In case of failure, they can find themselves in a very bad life situation. It is also difficult to liquidate a company as a legal person. Voluntary liquidation costs around BGN 600-700 and takes at least one year and working with three institutions. Bankruptcy leads to a series of complications. “That is why many ‘hollow’ companies file zero income declarations for years. This distorts the economic statistics,” Dobromir says.

Hristo Neychev says that with the help of an experienced lawyer or an accountant, the legal and financial instruments, which he used in his work, did not cause him a lot of trouble. He adds that it is important to talk realistically about failures in order not to distort the idea of success. According to him, the barrier for the development of entrepreneurship and innovation in Bulgaria will be overcome with more information, instruments and trainings, both for starting and closing businesses.

At the end of our conversation, Dobromir recommends that startup entrepreneurs rely more on their own capital and be careful of possible mistakes, such as a wrong business model, unrealistic forecasts or just bad timing. If an unfavourable situation occurs, to clear up their relations with partners, clients, and the state.

Hristo Neychev adds: “Do not fall in love with your idea too much. Be ready, based on the market reactions and the behaviour of your clients, to entirely change your idea or, if necessary, to start all over again. When you see how people use your product and are ready to pay for it, the team becomes confident. Unfortunately, this does not guarantee you any success. Hire quickly, fire quickly!”

Hristo Petrov’s recommendation is, during a crisis, to consult an experienced business consultant and to invest in your personal development. “The analysis may show that the problems have a solution. If things don’t get better, sell or close your business immediately in order not to accumulate more loses.” 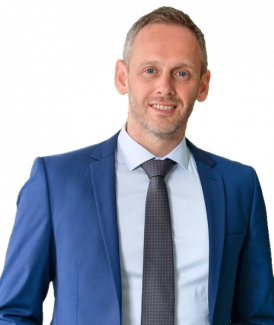