A year ago, I predicted that the most distinctive aspect of 2017 would be uncertainty, fueled by, among other things, Donald Trump’s election as president in the United States and the United Kingdom’s vote to leave the European Union. The only certainty, it seemed, was uncertainty – and that the future could become a very messy place.

As it turned out, although 2017 was not a particularly great year, it was far better than many had feared. Trump proved every bit as bombastic and erratic as expected. Anyone who paid attention only to his incessant tweets might think the US was teetering between a trade war and a nuclear war. Trump would insult Sweden one day, Australia the next, and then the EU – and then support neo-Nazis at home. And the members of his plutocratic cabinet rival one another in terms of conflicts of interest, incompetence, and sheer nastiness.

There have been some worrisome regulatory rollbacks, especially concerning environmental protection, not to mention the many hate-driven acts that Trump’s bigotry may have encouraged. But, so far, the combination of America’s institutions and the Trump administration’s incompetence has meant that there is (fortunately) a yawning gap between the president’s ugly rhetoric and what he has actually accomplished.

Most important for the global economy, there has been no trade war. Using the exchange rate between Mexico and the US as a barometer, fears for the future of the North American Free Trade Agreement have largely subsided, even as trade negotiations have stalled. Yet the Trump roller-coaster never ends: 2018 may be the year that the hand grenade Trump has thrown into the global economic order finally explodes.

Some point to the US stock market’s record highs as evidence of some Trumpian economic miracle. I take it partly as evidence that the decade-long recovery from the Great Recession is finally taking hold. Every downturn – even the deepest – eventually comes to an end; and Trump was lucky to be in the White House to benefit from the work of his predecessor in setting the scene.

But I also take it as evidence of market participants’ short-sightedness, owing to their exuberance at potential tax cuts and the money that might once again flow to Wall Street, if only the world of 2007 could be restored. They ignore what followed in 2008 – the worst downturn in three quarters of a century – and the deficits and growing inequality that previous tax cuts for the superrich have brought.

They give short shrift to the deglobalization risks posed by Trump’s protectionism. And they don’t see that if Trump’s debt-financed tax cuts are enacted, the Fed will raise interest rates, setting off a market correction.

In other words, the market is once again showing its proclivity for short-term thinking and pure greed. None of this bodes well for America’s long-term economic performance; and it suggests that while 2018 is likely to be a better year than 2017, there are large risks on the horizon.

It’s a similar picture in Europe. The UK’s decision to leave the EU didn’t have the jolting economic effect that those who opposed it anticipated, largely because of the pound’s depreciation. But it has become increasingly clear that Prime Minister Theresa May’s government has no clear view about how to manage the UK’s withdrawal, or about the country’s post-Brexit relationship with the EU.

There are two further potential hazards for Europe. One risk is that heavily indebted countries, such as Italy, will find it difficult to avoid crisis once interest rates return to more normal levels, as they inevitably will. After all, is it really possible for the eurozone to maintain record-low rates for the foreseeable future, even as US rates increase?

Hungary and Poland represent a more existential threat to Europe. The EU is more than just an economic arrangement of convenience. It represents a union of countries with a commitment to basic democratic values – the very values that the Hungarian and Polish governments now disparage.

The EU is being tested, and there are well-founded fears that it will be found wanting. The effects of these political tests on next year’s economic performance may be small, but the long-term risks are clear and daunting.

On the other side of the world, Chinese President Xi Jinping’s Belt and Road Initiative is changing Eurasia’s economic geography, putting China at the center, and providing an important stimulus for region-wide growth. But China must confront many challenges as it undergoes a complicated transition from export-led growth to growth driven by domestic demand, from a manufacturing economy to a service-based economy, and from a rural to an urban society. The population is aging rapidly. Economic growth has slowed markedly. Inequality is by some accounts almost as severe as in the US, where it is the fourth-highest in the OECD (behind Mexico, Turkey, and Chile). And environmental degradation poses a growing threat to human health and welfare.

China’s unprecedented economic success over the past four decades has been partly based on a system whereby broad consultation and consensus-building within the Communist Party and the Chinese state underpinned each set of reforms. Will Xi’s concentration of power work well in an economy that has grown in size and complexity? A system of centralized command and control is incompatible with a financial market as large and complex as China’s; at the same time, we know where insufficiently regulated financial markets can lead an economy.

But these are all essentially long-term risks. For 2018, the safe bet is that China will manage its way, albeit with slightly slower growth.

In short, as the advanced economies’ post-2008 recession fades into the distant past, global prospects for 2018 look a little better than in 2017. The shift from fiscal austerity to a more stimulative stance will reduce the need for extreme monetary policies, which almost surely have had distortionary effects not just on financial markets but also on the real economy.

But the concentration of power in China, the eurozone’s failure (thus far) to reform its flawed structure, and, most important, Trump’s contempt for the international rule of law, his rejection of US global leadership, and the damage he has caused to democracy’s standing all pose deeper risks. Indeed, they threaten not just to hurt the global economy, but also to slow what, until recently, had seemed to be an inevitable march toward greater democracy worldwide. We should not let short-run success lull us into complacency. 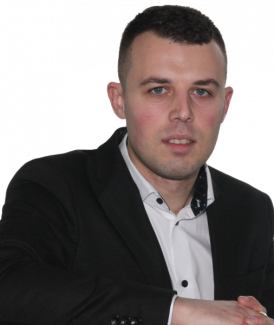