Mr Dobrev, how do you feel about “The Fisherman and the Goldfish” statuette?

It is heavy, not only because it is metal, but also because it assigns responsibility - to continue on the path we have taken, to invest and to offer ever better services, in order to remain on the top. This is only possible with continuous efforts and a vision for the future.

What is the future towards which you are leading the company and its customers?

A future in which all devices are connected, where processes are automated and people are freed from laborious tasks and engaged in creative activity.

Are we going to enter a technological paradise?

This is a path for economic development, a path that will allow us to raise our incomes in Bulgaria if people are engaged in high value-added activities. Therefore, it is important for every business to take advantage of technology. In the "technological paradise", as you called it, you need people who are well educated, highly skilled and well paid.

And what about those who do not manage to jump over the high bar of requirements?

Education is a matter of effort - not only for each individual, but also for society. That is why we have been investing in the Education 4.0 initiative for years. 100 years ago, the use of a tractor was considered high-tech. Back then, in prestigious American newspapers they were saying they had tractors but no operators for them, as this profession was hard to learn. And when we talk about the "bar", it must be clear that it goes as high as we raise it. And to keep it high, we must all work in that direction.

Is our education system ready for such a leap?

Change will not be revolutionary, but evolutionary, somehow slow and unnoticeable, but when we turn back, we won’t believe how far we have gone. 20 years ago, mobile phones looked like expensive exotics. If someone claimed that your mobile phone would be more powerful than the computer on your desk, one would have been considered a dreamer. But this is already a fact that became possible thanks to the efforts of many smart people, after consumers have realized that they needed it.

My prognosis is that life will be better. Cars will run without a driver, mobile communications and broadband will be part of our lives. We live in a challenging time which allows people's lives to improve.

What kind of story are you writing with your work at VIVACOM?

That unity makes strength. In the language of the 21st century, this means that teams move companies, companies move the economy of countries, and countries move the world for the better.

After 30 years in transition, what would you wish for the business in Bulgaria?

To continue its expansion outside, but to work in Bulgaria, as well, in order to reach the average European income. To take advantage of the common European market.

Your message from the night of the awards?

In the night of the awards the winners are being photographed, there are many positive emotions. But these awards show that society is moving forward. I thank Economy magazine for showing the good in the Bulgarian economy. In this interview I was able to imagine how high the Bulgarian economy would go. 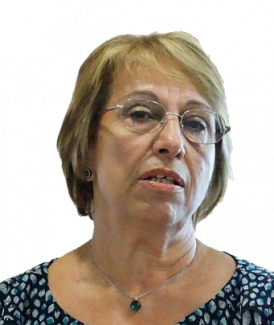