For most people, new technologies are a black box. If other people go towards it, they also go that way. But if the others run away from the black box, they also do the same. However, there are also those who abandon everything and start working with this “black box”, they develop and perfect it. For them, it is an innovative idea that has the potential to change the future of humanity, Todor Kolev explains. He is the Chairman of Comrade Cooperative, the organisation, which at the end of 2018 was the big winner of the annual Innovative Enterprise of the Year competition, receiving the Social Innovation award.

The readers of Economy Magazine have previously met Todor Kolev when we introduced him as a technology entrepreneur in the beginning of 2017. He created the company Obecto in 2008 at the dawn of the big financial crisis, and this is what he says now: “At that time, a new kind of economy was being promised. At the end of October 2008, however, bitcoin appeared, a month later, Obecto was created. Bitcoin became possible after the big problem in computer science, known as the Byzantine Generals Problem, was solved. The generals wanted to conquer a city, but all the warlords competed with each other. The question was how to coordinate their actions without a commander. In fact, people are not able to harmonise their reactions if there is no leader, while blockchain makes it possible for computers, as well as people, to synchronise their actions without having a chief.”

Comrade Cooperative is developing a new model for organising an economic activity. They do not claim to be its discoverers, but its conductors; and they are among the leading groups that develop it as a methodology and technology. They are working towards the creation of decentralised autonomous organisations, whose method of management is based on blockchain.

We learn from Ivan Vasilev, a member of the Management Board of the organisation, how Comrade Cooperative is currently developing: “We created this structure because we decided that cooperatives are the best legal form for decentralised organisations. We do not have one chief who sets the tone, but there is a group of like-minded people who, for more than a year, united by a common idea, work together and together we achieve much more than any other startup company for the same time period. We use the model called high-risk automated debt. In this blockchain contract, everyone ascribes themselves a debt when they work for the organisation. When the cooperative makes money, this debt is automatically redeemed and people receive remuneration. We develop open source software and anyone can use it to issue debt, but then, 1% of that “debt” goes to the cooperative. So, we are tied to the success of the companies that use our product without directly selling a product or service.”

Strategic investors recognise Comrade Cooperative as one of the teams that will make the great change possible. In 2018, the team of the cooperative managed to attract EUR 570,000. Part of the funds was for the development of infrastructure for the management of decentralised autonomous organisations on blockchain through smart contracts, called Wetonomy. And the other part went to the Scynet platform for the creation and training of artificial intelligence based on blockchain – a system that no one can turn off. This spring, it is expected to attract more investment.

The enthusiasts from Comrade Cooperative do not use a ready-made development but create new technologies in blockchain and artificial intelligence. They also make scientific reports with a global response. One of the members of the cooperative, Zvezdin Besarabov, is even a blockchain lecturer at SoftUni, and he himself is a student in the XII grade. Working in the sphere of these new technologies, they acquire know-how, which for many companies is exotic. “The combination of blockchain and artificial intelligence is the Holy Grail of technology,” Todor Kolev assures.

Todor Kolev is trying to create a system to turn Bulgaria into a technology leader: Blockchain gives an opportunity for Bulgaria to be a leader in the world change as it has many talented people who have great understanding of IT innovations. Technology allows expensive and complicated things to become cheap and easy, so we do so to achieve more through less. The world is fundamentally changing and instead of linearly catching up with it, we offer a new opportunity to overturn the economy. This new economy will be mainly based on blockchain and transactions will be made easier. The easier transactions are made in an economy, the faster it moves and the greater value it creates. The blockchain-based economy will grow exponentially.

The Wind of Change

The other technology that will contribute to the radical change of the economy is artificial intelligence. It will soon be able to solve the same class of problems as us, humans. Then, we will not be cost-effective to work; machines will do far better than us. That is why we will have to answer the question: What will we, humans, do when there is nothing to be done,” Todor Kolev says.

Blockchain has the potential to provide a more efficient economic model that will allow the personal contribution of everyone to be noticed, Comrade Cooperative believe. Thus, in their view, personal responsibility will also be greater, because individual participation will be rewarded.

Are we ready to open the black box of the future... 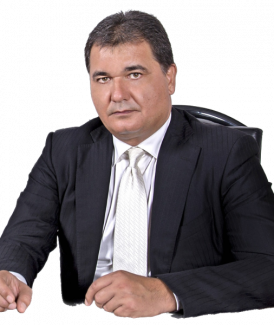