07:08 10.02.2020
Автор: Tatyana Yavasheva
Изпрати Сподели Сподели Туит Viber
Give me a lever long enough and a fulcrum on which to place it, and I shall move the world, said the ancient Greek mathematician, physicist and inventor Archimedes more than 22 centuries ago. Give Bulgarian scientists a clearly defined problem and they will offer you a solution. The interaction between businesses and science in Bulgaria usually ends with a positive result. Some of the developments are of applied nature, and if someone has assigned them, they are quickly realised. Others are related to fundamental research and are waiting for the right time to come into use. But led by the “being a ball of fire” principle, scientists most often find problems themselves and seek for their solutions.

The Bulgarian Academy of Sciences (BAS) makes discoveries that, without any exaggeration, can be described as revolutionary, since they are recognised as achievements that have urged the development not only of the Bulgarian, but also of the world science and technology, claims the President of the Academy Academician Yulian Revalski. The examples are many. However, the new technological present gets to us mainly from the outside. And let us not ignore the minds, or the discoveries and inventions, that may be beneficial to us, but provide a fulcrum for their realization. Only then will they revolutionise our thinking and our lives.

We offer to your attention several developments made by Bulgarian or joint international scientific teams.

The development is patented; tiles of different colours and sizes can also be produced, which will have a long life

The yellow paving stones are a symbol of Sofia. They were produced in Budapest and were put into their places in 1907-1908, and in 2013, they were declared cultural heritage. No one has been producing them for a long time, the reserves are depleted, the pavement is crumbling down and there is no replacement. This prompted Prof. Lyuben Lakov from the Institute of Metal Science at BAS to find a solution. Sedimentary rocks with a high carbonate content turned out to be suitable. He found clays that provided the yellow colour in the area around Razgrad and Popovo.
The composition was achieved by using production waste from the Rodna Industria brick factory in Popovo. The development already has a patent and it belongs to Prof. Lyuben Lakov, Manager of Rodna Industria, Veselin Vasilev, and Penyo Tsonev, a former teacher at the technical high school who once trained staff for the factory. Prof. Lakov was convinced that the production should be organized near the raw material deposit. That’s why he included the company. They did some research to determine what creates the colour in order to be able to change it. They analysed the wear resistance and the resistance to various contra bodies – for example, wet and smooth rubber.
They found that the new yellow paving stones were not as slippery as their over 100-year-old progenitor. However, same as the old ones, they will have a very long life.The Manager of Rodna Industria invested over BGN 100,000 for the creation of a pilot section on the territory of the factory. They also arranged the option to cooperate with a suitable furnace in Elin Pelin, where the firing would take place. In 2016, they contacted Sofia Municipality, but since then, there has been no progress on the matter.

Prof. Lakov’s team can make paving stones and tiles of different colours and sizes – for example, red, blue, green, brown, large and small. The price? The more pieces are ordered, the lower the price, as the appropriate production equipment must be prepared.

They tried finding partners among different municipalities in Bulgaria, but in the end, they always hit the wall. “I am guilty before my colleagues with whom we made the patent – I convinced them to get to work, but there was no realization,” says Prof. Lakov, who won the Inventor of the Year award in 2019. The authors are now heading to China, where they want to develop a technology that will be customised according to the local raw materials.

A joint team of six scientists from the Institute of Polymers and from the Institute of Organic Chemistry with the Centre of Phytochemistry at BAS has developed a water-soluble form of poplar propolis (Populus nigra L.). Prof. Petar Petrov and Correspondent Member Vasya Bankova are heading the development. With the help of biocompatible polymers, approved for use in foods and medicines, the dissolution of all lipophilic biologically active constituents of propolis in water in the absence of ethyl alcohol or other organic solvents was achieved. The advantage of this composition is that it contains only propolis and a relatively small amount of biocompatible polymer. The aqueous colloidal solution of propolis is in a form that is ready for oral use.

Propolis (bee glue) has proven antimicrobial, antioxidant, anti-inflammatory, antitumor and immunomodulatory properties. In Bulgaria, a source that is used by bees is the buds of the black poplar and the Bulgarian propolis belongs to the so-called poplar-type propolis. It contains over 50 useful constituents with very limited water solubility, which is a major obstacle to the widespread use of this valuable bee product for pharmaceutical and medical purposes. A mixture of ethyl alcohol and water (7/3) is used in some of the most common methods for extracting the biologically active constituents of propolis. However, the presence of alcohol in the final product is contraindicative for some diseases and in a number of other cases.

The development is registered as a useful model. Their manufacturing partner is the company Organic BG and soon the product will be commercially available.

An Office Building of the Future

Internal thermal comfort is achieved by maximizing the use of daylight
In October 2019, the Central Laboratory of Solar Energy and New Energy Sources (CL SENES) at the Bulgarian Academy of Sciences officially opened a demonstration pavilion with façade glazing with circulating water flow. It has been implemented under the Horizon 2020 – Industrial Development of Water Flow Glazing Systems – InDeWaG project. A multidisciplinary consortium from Germany, Spain and Bulgaria has been working on the project. 2 universities, 2 research centres, 2 large companies, 4 companies from the three European countries were part of it.

The development aims at maximizing the use of daylight and achieving internal thermal comfort. The innovative triple glazing with circulating water flow is 3m x 1.3m in size. It is positioned vertically and is applicable exclusively to office building façades. The module consists of an aluminium frame with an incorporated glazing with two cameras (a water camera and a gas camera).

Triple glazing with circulating water flow is used for the south, west and east façades. The north façade has a double glazing with an insulating material. The idea behind the development is for water to capture solar energy, and the system can be used to heat, cool and provide hot water. This is possible because the glazing is connected to a heat pump that regulates the water temperature. This technology can successfully replace air conditioners, radiators, and convectors. A photovoltaic system is installed on the roof, which is designed to provide electricity. The project is a step towards the construction of buildings with almost zero energy consumption. The innovation is targeted at architects and construction companies that can use it for the construction of office buildings of the future. But whether it will have a future is yet to be seen.

3D Tactile Images for the Blind

The idea for the 3D tactile images was realised in 2015 when scientists from the Institute of Information and Communication Technologies at BAS worked with their Italian colleagues from the city of Pavia, headed by Prof. Virginio Cantoni. The technology was first shown at an event during EXPO 2015 in Milan. 9x4 m tapestries designed for Charles V on the occasion of the Battle of Pavia of 1525 have been digitized. Later, 3D tactile copies with the size of 75 by 40 cm were printed on a 3D printer, which copies can be touched by visually impaired and blind people.
Certain elements of the tapestries are “elevated”, others are concaved, thus creating Braille images. The details include a Braille annotation. The Braille legend describes the content of the elements. Sample elements in the tapestries are characters and objects – horse, warrior, cannon. Later, a 3D tactile picture of the masterpiece “Jesus Christ and the Samaritan” was commissioned by the Brera Gallery in Milan, where it was exhibited.

A patent for a tactile plate has been registered, its authors being Prof. Dimitar Karastoyanov, Nikolay Stoimenov and Stanislav Gyoshev. In May 2019, at the opening of the RiLab i 2030 Scientific and Industrial Laboratory, scientists were commissioned by the Mayor of Sofia to apply this technology, so that the visually impaired could also be a part of the exhibition at Sofia City Art Gallery – “Words, Images and Places”, dedicated to 140th anniversary of the proclamation of Sofia as a capital.

Another development is the Braille display. Prof. Dimitar Karastoyanov, PhD, has three recognised patents, related to this technology. The Braille screen provides visually impaired users with dynamic information not only from the Braille alphabet, but also about graphic objects, such as Windows icons, pictures, and graphics. One of the three patents has already been purchased by a Bulgarian telecom.
Коментари: 0
Последни Най-четени Коментирани
Lite 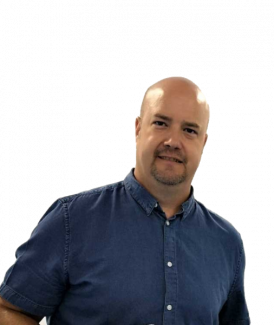