If you want to have a different day off, in which to combine several factors – to be out of Bulgaria, to visit a spiritual place amidst beautiful nature and historical landmarks, but also to taste delicious food – you can choose the destination of Pirot in nearby Serbia.

If you go there, make sure you visit the Monastery of Saint George in Temska village, which is protected by UNESCO. It is found around 16 km away from Pirot and around 100 km away from Sofia. It is situated in a picturesque region in the Temstica River Canyon. Tourists love this nice place with a neat yard, an old church and well-maintained buildings.

The St. George Monastery Church was erected in the 14th century by the brothers John and Konstantin Dragash – the feudal dynasty that ruled the Despotate of Velbazhd in the second half of the fourteenth century. The temple was built on top of an old church from the 16th century. It was painted in two stages – in 1576 and in 1654. Over the years, the Temska Monastery has been destroyed and restored, but old inscriptions have been preserved, one of them mentioning the ravage of the Chiprovtsi in 1688 during the Chiprovtsi uprising. In 18th century, the monastery was turned into a literary and educational centre with a school where children from the whole region were taught. In 1764, Abbot Kiril Zhivkovich, born in Pirot, compiled the famous Temska Manuscript – a collection of 34 writings titled: “Selected words from the weekly spiritual rituals. In simple Bulgarian language.” It is stored in the Library of Matica Srpska in Novi Sad.

The fate of the region around Pirot has been tumultuous – after the Liberation, it was at times within Bulgaria, and at times within Serbia. In 1924, the Monastery became a women’s monastery and today it is well maintained. Here, you can buy ointments prepared according to old recipes for the treatment of various skin diseases. The rakia offered in the monastery is also well known. Even without throwing a coin into the trough of the monastery fountain, most of the tourists come back many times and bring with them their relatives and friends. Among the sites of Pirot is the Kaleto Fortress. According to the legends, it was built in 14th century by the local Bulgarian ruler Momchil brigand. Another tourist site is the Old House Museum, situated in a longstanding house that is around 200 years old. Many of Pirot’s guests would not miss going to the town market – just to see the attraction or as a place to shop. Then, inevitably, the time comes to stay at some fancy restaurant where everyone will be served delicious food. 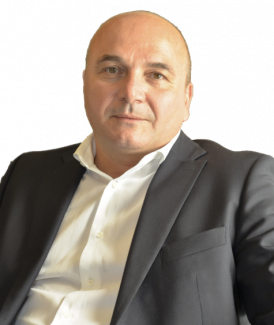