Can you be successful and happy in Bulgaria? If the answer is yes, does it mean that you are a dreamer who the Bulgarian reality will soon crush? And haven’t we, Bulgarians, become too sceptical? Haven’t we entered the cliché of negativism that nothing positive can happen here? Vasko from Panagyurishte has his point of view and says: “In order to be successful, you should not be just a dreamer, but a doer.” Who is Vasko...

Vasil Ralchev is 22. As soon as he graduated from the University of Reading in England, he returned to his home town to join the family business related to the bio-production of essential oil crops. Here are his motives:

I had to be crazy not to come back. Not that I did not like it there, not that they did not offer me a great job and good conditions. Everything was perfect, but for me Bulgaria is a country of opportunity, it is Europe’s Wild West, although it is a country with incredible technological development. Many people consider me a Don Quixote, but I am developing here. The idea for our family business started during a trip of my parents. My father, Nikolay, suggested that they should grow roses. Why roses?! Because the rose oil is

a product that does not need advertising

- my father said. As absolute amateurs, they both ventured into this difficult journey. Four times they were on the brink of bankruptcy but managed to avoid it. I give that to my mother’s workaholism and to the fact that my father is a real visionary. When they got involved in agriculture 20 years ago, he made a move that many considered madness – he chose to work with the Roma. They used to lie to him, but he was sure that after a while, most people outside of this ethnos would find it strange to work in the field. This is already a fact and that is why, today, the biggest competitive advantage of our company is that we have a Roma workforce. Another good idea of my father is that when people sell their fields, it’s time to buy. He thought that land was a good asset. What is more, they started organic farming when there was not even a certification body in Bulgaria. Today, however, we are working with the world’s largest companies. The vision that health and environment will be one of the world’s leading trends remains key.

I claim that Bulgaria is a place with great opportunities, as long as we take advantage of all our assets. As Prof. Lachezar Tsotsorkov said: “Whatever thoughts we sow, such results we will reap.” Panagyurishte municipality has personalities that are a powerful engine of change. That is why I came back here, too – to be part of this change.

Everything new begins with the first step

Being convinced in all this, I became the creator of the Do not Be Mediocre platform, which already has more than 100,000 followers. Together with Georgi Dimitrov, we wrote the book Five Steps to a Better Life. We both have accepted it as our mission to ignite as many Bulgarians as possible to believe in themselves and to boldly make their dreams come true. This was my first step, and later, I took many others. I created one of the most viewed videos on Facebook – Tomorrow May Be Too Late, with over 4 million views. I also made an on-line store inaessentials.com through which we offer organic floral waters. It started working in February this year and has already achieved incredible successes. Last year, I managed to focus on the development of our business and on tourism – with customer care and emotions that we can pass on. These successes are due to the fact that I have put my thoughts in the right direction. I know it will not be easy. But when we set our target, the most important is to take the first step. Change is made by taking action.

3,000 ha of plantations and a new distillery in Bata village

The Ralchev family have been engaged in organic farming for 17 years now. They started first with rose and lavender plantings – without any personal experience. They used to plant lavender in the Panagyurishte region, but rose production is a livelihood that had declined after the First World War. Now, the family grows 350 decares of roses, 500 decares of lavender and many other organic produce – raspberries, melons, potatoes, onions, spelled, rye, sunflower. They grow a total of about 3,000 decares of plantations. Followers also appeared in the region that turned to organic farming, and their Ina distillery began to process rose and lavender of other producers. In 2005, they received their first bio-certificate issued by a Swiss company. Gradually, they increased their plantations and expanded the distillery with European funds. But even now, it is overloaded. This is why they started the construction of a new distillery in the Bata village, which will be entirely biological. The ambitions of the family are for it to become the centre of the “aromatic” tourism and a place for training, demonstrations and seminars on bio-production, essential oils and aromatherapy.

“Bio-production is the fastest growing market. Bulgarian rose and lavender oil has been a quality benchmark for many years, but in recent years, dishonest producers have also emerged and started to add impurities. Huge plantations of lavender were created, which produce oils with different characteristics and different quality. This casts doubt over everything produced in Bulgaria,” says Veselina Ralcheva, Manager of Ina EOOD and founder and member of the Management Board of the Bulgarian Bio-Products Association. She shares that entrepreneurship is very satisfying for her, even though in Bulgaria, there are many difficulties and obstacles. 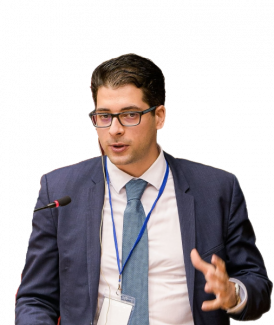